Discuss DVDs and Blu-rays released by Eureka/Masters of Cinema and the films on them. If it's got a spine number, it's in here.
Forum rules
Please do not clutter up the threads for MoC titles with information on pre-orders. You can announce the availability of pre-orders in the MoC: Cheapest Prices / Best Places to Buy / Pre-Orders thread. Any posts on pre-orders in any other thread will be deleted.
Post Reply
2 posts • Page 1 of 1
Message
Author 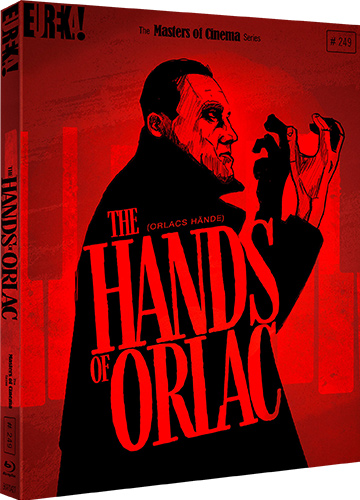 Reuniting the star and director of Das Cabinet des Dr. Caligari, The Hands of Orlac [Orlacs Hände] is a deliciously twisted thriller that blends grand guignol thrills with the visual and performance styles of German Expressionism.

Based on a novel by medical-horror novelist Maurice Renard, it charts the mental disintegration of a concert pianist (Conrad Veidt) whose hands are amputated after a train crash, and replaced with the hands of an executed murderer. When Orlac’s father is murdered by the dead man’s hands, Orlac begins a steady descent towards madness.

The Masters of Cinema Series is proud to present The Hands of Orlac for the first time on home video in the UK in a special Blu-ray edition.

Return to “The Masters of Cinema Series”