Discuss DVDs and Blu-rays released by Second Run and the films on them.
Post Reply
26 posts
Message
Author 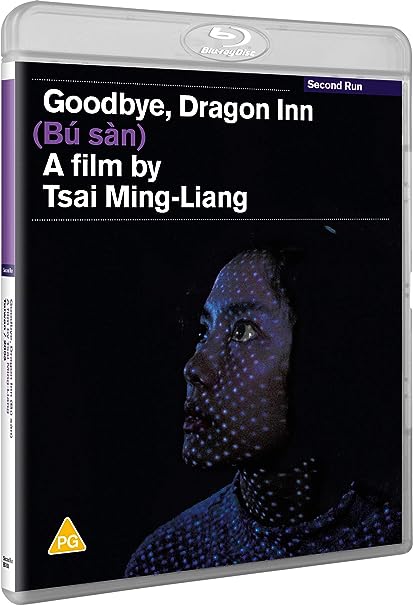 In Taipei City, a cavernous old picture palace is about to close its doors forever. A meagre audience, the remaining few staff, and perhaps even a ghost or two, watch King Hu's wuxia classic Dragon Inn - each haunted by memories and desires evoked by cinema itself.

An exquisite, wryly funny and tender tribute to the experience of movie-going, Tsai Ming-Liang's poignant love letter to cinema is one of the most beguiling and beloved dramas of modern times and is now widely regarded as a classic. Presented here in a new 4K restoration, the film is more ravishing and hypnotic than ever.

I saw this when it played at the London Film Festival. Set predominantly in an old and less than half-empty cinema it was quite unnerving to watch what appears as a huge reflection of ourselves as the audience.
Top

alacal2 wrote: ↑
Sun Sep 13, 2020 1:49 pm
I saw this when it played at the London Film Festival. Set predominantly in an old and less than half-empty cinema it was quite unnerving to watch what appears as a huge reflection of ourselves as the audience.

When I first saw it (also at a festival) it was in a sparsely occupied cinema, with people restlessly coming and going (mostly going) throughout the screening. One of my perfect screening / movie confluences. (And it was raining heavily outside.)
Top

Do we know anything about the scan they will use?
Top

A "restored version" screened at Venice last year and was scheduled to play in the Tsai retro that was beginning to tour the east coast when COVID hit, but I can't find anything about who did it, etc.
Top

It's a 4K scan but that's the extent of what I can find about it.
Top

Thanks for the info.
Top

Where's the best place to pre-order this release in the US?
Top

It's not up for pre-order anywhere yet (and hasn't been officially announced outside of Second Run's newsletter), but their own website, Amazon UK, the Arrow store, and Zavvi should all have it.
Top

Can anyone comment on Madam Butterfly? Sounds interesting.
Top

Great, Tsai has been really underserved in the bluray department.

No commentary or visual essay by a critic/scholar in the package. Of course, this isn't unusual when we're dealing with a living director. It's very unfortunate, though, imo. These films would really benefit.
Top

I've seen it but I'm afraid all I remember about it is I didn't care much for it. It's probably the Tsai film that I can recall the least, which itself might say something about it. Still, I'll watch it again when this comes out.
Top

Will it be available to order in the US??
Top

Only if a US r/etailer imports it, they’re a UK label.

But you can buy it direct, or from Arrow, Zavvi etc. Diabolik sometimes has Second Run titles.
Top

Metrograph Pictures is releasing in the US, so Kino will release it in the fullness of time if anyone will.
Top

"Tsai Ming-Liang's Goodbye, Dragon Inn does more than lament the demise of second run movie houses, it manages to speak volumes about its more humanistic themes with almost no dialogue."
DVD Compare
Top

Mine is on the way, I'm excited (and it's not even one of my top 10 Tsai flicks... I just love him that much). Any plans for more Tsai?
Top

It would be great if Second Run released more Tsai. Visage in particular really needs a HD release.
Top

This thread could perhaps be updated with its proper spine numbers of 146 and 35.
Top
Post Reply
26 posts